MRI Safety MRI Safety and Compatibility
We use cookies so that we can offer an optimal experience on our website. Data won´t be passed t and will be stored anonymously. We use third-party coockies that can be found in our privacy policy. Read more …

As an extension of electromagnetic (EM) simulations, thermal simulations provide

Precise calculation of hot spots of implants and instruments 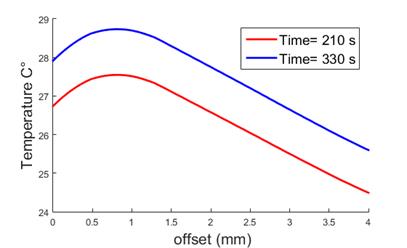 Bioheat effects in humans: Thermal simulations in a human model

Such a bio-heat effect can be considered by completing the thermal simulation for the human model with a bio-heat transfer mechanism and including the metabolism rate and the blood flow formulations. This will provide a more realistic in vivo estimation.

SAR and temperature distribution of particular animal models inside an MRI coil can be calculated as a reference of in-vivo experiments.